The Most Beautiful Swiss Books 2021 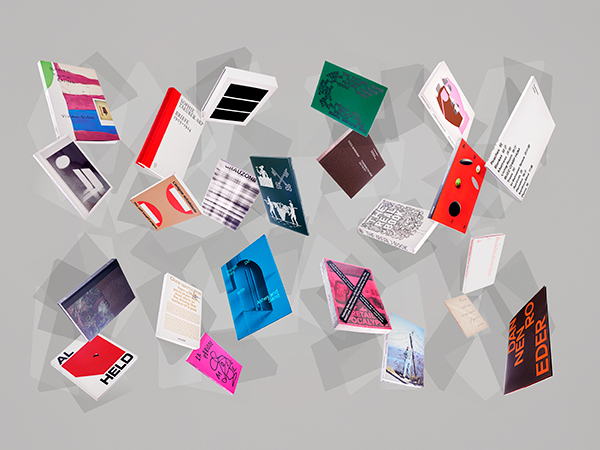 Sereina Rothenberger, 1981 (Chair of the jury)
Sereina Rothenberger was born in 1981 and has run the graphic design studio Hammer in Zurich since 2008, together with David Schatz. She held a professorship at the Karlsruhe University of Arts and Design from 2013 to 2019, latterly serving as a head of department. She has been teaching the Master programme in Graphic Design at the Vermont College of Fine Arts in the US since 2015 and has been joint head of the programme since 2020. She has also been an advisor at the Jan van Eyck Academie in Maastricht since 2020.

Vela Arbutina, 1978
Vela Arbutina was born in Zurich in 1978. She studied at Central Saint Martins in London and Gerrit Rietveld in Amsterdam and was art director of the fashion magazine Blend in Amsterdam. She then worked as a freelance designer with artists, galleries, designers, curators and institutions, including Christina Li, Adam Szymczyk, Cabaret Voltaire, the Bundeskunsthalle Bonn, Ludlow 38, NGBK Berlin, Girls Like Us Magazine , Tanya Leighton and the Swiss Institute She has exhibited at the Kunsthaus Baselland and collaborated with PICA, Perth Institute of Contemporary Arts, in Australia.

Gina Bucher, 1978
Gina Bucher was born in 1978 and studied film sciences, media and art history. Since 2008 she has been working as a freelance editor for publications in the fields of art and culture, and is also an author of narrative non-fiction. From 2009 to 2018 she was head of programming at the taz congress in Berlin, and in 2009 she co-founded the design project Rokfor. She lectures at the F+F School of Art and Design Zurich and teaches creative writing at the young literature laboratory JULL.

Gregor Huber, 1978
Gregor Huber was born in 1978. He studied history and art history at the University of Zurich and then new media at the Zurich University of the Arts. He has been an editor and designer at the magazine Fabrikzeitung since 2007. In 2018 he founded the publishing house Edition Hors-Sujet, along with Ivan Sterzinger and Noha Mokhtar. He runs the studio Huber/Sterzinger together with Ivan Sterzinger.

Joost Grootens, 1971
Joost Grootens was born in Breda, Netherlands, in 1971 and is a graphic designer, educator and researcher. Based in Amsterdam (NL) and Biel/Bienne (CH), his studio SJG designs books, maps, typefaces, spatial installations and digital information environments. Grootens is Professor of Artistic Research in Visual Design at the Royal Danish Academy in Copenhagen, and head of the Master programme Information Design at the Design Academy Eindhoven.