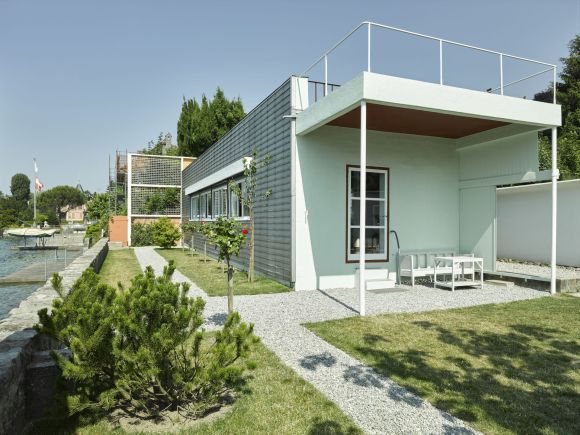 The Architectural Work of Le Corbusier: Small villa on the shores of Lake Geneva, Corseaux (VD). 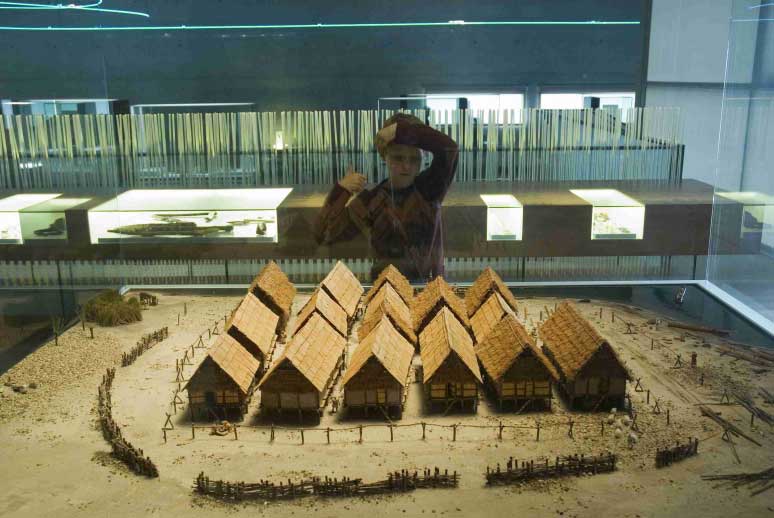 Prehistoric pile dwellings around the Alps: Reconstruction of the pile-dwelling village Cortaillod-Est on Lake Neuchâtel. 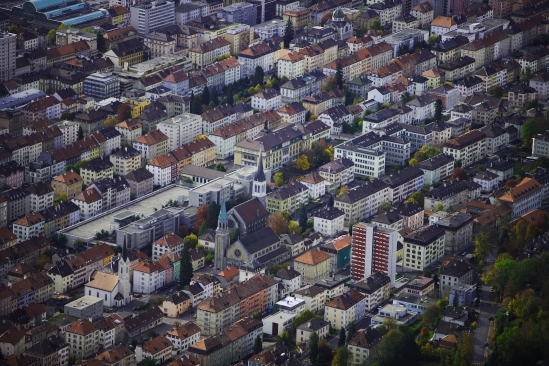 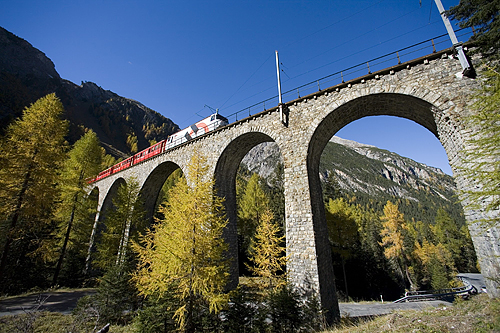 Rhaetian Railway in the Albula/Bernina Landscapes 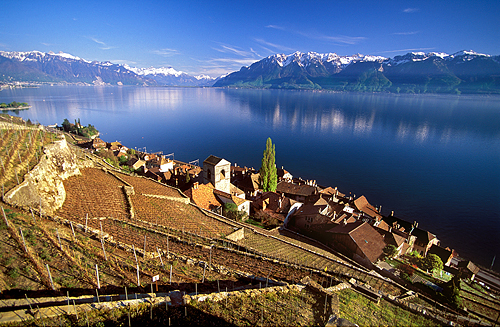 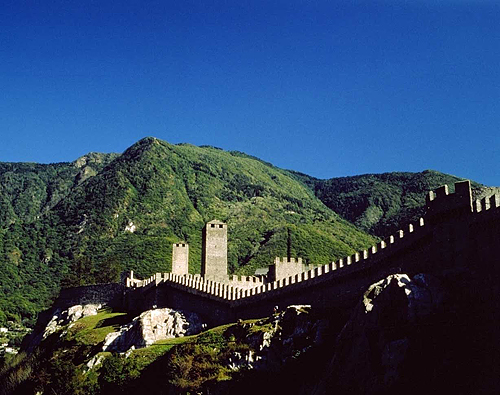 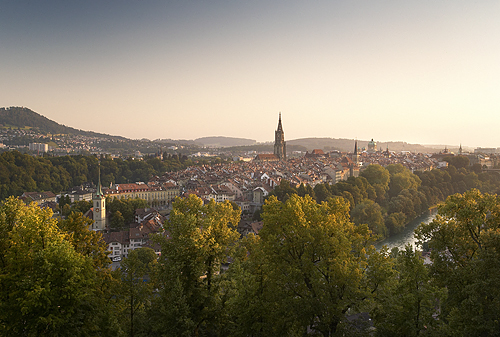 Old City of Bern: view from the «Rosengarten» (BE). 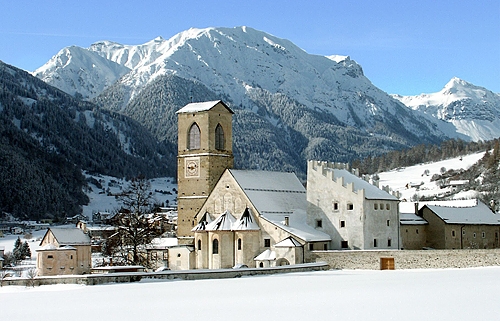 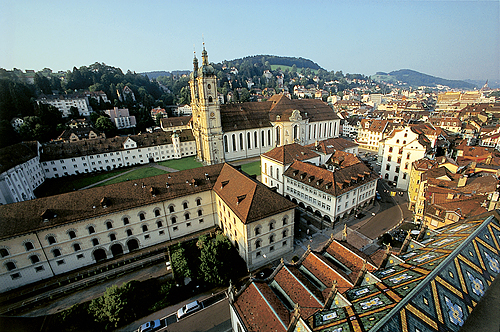 Some cultural and natural sites are of exceptional universal interest and should therefore be placed under the protection of humanity as a whole. These sites are therefore inscribed on the UNESCO World Heritage List.
The list is based on the Convention concerning the Protection of the World Natural and Cultural Heritage. By adopting the convention in 1972, UNESCO tasked itself with the mission of preserving cultural and natural sites of exceptional universal value for future generations. There are now more than 1100 sites recognised as world heritage sites. The convention has been ratified by practically the entire international community. Switzerland was one of the first signatories in 1975.

Switzerland is home to 13 sites on the World Heritage List, including nine cultural ones:

The Architectural Work of Le Corbusier, an Outstanding Contribution to the Modern Movement

Inscription: 2016
Chosen from the work of Le Corbusier, the 17 sites comprising this transnational serial property are spread over seven countries and are a testimonial to the invention of a new architectural language that made a break with the past. They were built over half a century, in the course of what Le Corbusier described as “patient research”. The Complexe du Capitole in Chandigarh (India), the National Museum of Western Art, Tokyo (Japan), the House of Dr Curutchet in La Plata (Argentina) and the Unité d’habitation in Marseille (France) reflect the solutions that the Modern Movement sought to apply during the 20th century to the challenges of inventing new architectural techniques to respond to the needs of society. These masterpieces of creative genius also attest to the internationalisation of architectural practice across the planet.

The Architectural Work of Le Corbusier

Prehistoric Pile Dwellings around the Alps

Inscription: 2011
This serial property of 111 sites encompasses the remains of prehistoric pile-dwelling (or stilt house) settlements in and around the Alps built from around 5000 to 500 B.C. on the edges of lakes, rivers and wetlands. Excavations, only conducted in some of the sites, have yielded evidence that provides insight into life in prehistoric times during the Neolithic and Bronze Age in Alpine Europe and the way communities interacted with their environment. Fifty-six sites are located in Switzerland. The settlements are a unique group of exceptionally well-preserved and culturally rich archaeological sites, which constitute important sources for the study of early agrarian societies in the region.

Rhaetian Railway in the Albula/Bernina Landscapes

Inscription: 2008
The Rhaetian railway in the Albula/Bernina landscapes brings together two historic railway lines that cross the Swiss Alps through two passes. Opened in 1904, the Albula line in the north of the north western part of the property is 67 km long. It features an impressive set of structures including 42 tunnels and covered galleries and 144 viaducts and bridges. The 61 km Bernina pass line features 13 tunnels and galleries and 52 viaducts and bridges. The property exemplifies the use of the railway to overcome the isolation of settlements in the Central Alps at the start of the 20th century, with a lasting socio-economic impact on life in the mountains. The two lines constitute an outstanding technical, architectural and environmental ensemble and embody architectural and civil engineering achievements in harmony with the landscapes through which they pass

Inscription : 2009
The neighbouring towns of La Chaux-de-Fonds and Le Locle, located on land ill-suited to farming in the Swiss Jura mountains feature an original town-planning concept reflecting watchmakers’ need for rational organisation. Planned at the start of the 19th century, after three extensive fires, the towns owe their existence to this single industry. Their layout along an open-ended scheme of parallel strips on which residential housing and workshops are intermingled reflects the needs of the watchmaking culture that dates to the 17th century and is still alive today. The site is an outstanding example of mono-industrial manufacturing towns, which are well preserved and still active. The urban planning of both towns has accommodated the transition from the artisanal production of a cottage industry to the more concentrated factory production of the late 19th and 20th centuries. The town of La Chaux-de-Fonds was described by Karl Marx as a “huge factory-town” in “Das Kapital” where he analysed the division of labour in the watchmaking industry of the Jura.

Inscription : 2007
The narrow terraces, supported by stone walls and stretching for about 30 km along the south-facing slopes on the shores of Lake Geneva from the Château de Chillon, just south of Montreux to the eastern outskirts of Lausanne in the heart of Canton Vaud, cover the steep lower slopes between the villages and the lake. Although there is some evidence that vines were already being grown in the area in Roman times, the present vine terraces can be traced back to the 11th century, when Benedictine and Cistercian monasteries controlled the area. The site is an outstanding example of a centuries-long interaction between people and their environment, developed to optimise local resources to produce highly valued wine that has always been important to the local economy.

Three Castles, Defensive Wall and Ramparts of the Market-Town of Bellinzona

Inscription: 2000
The Bellinzona site consists of a group of fortifications grouped around the castle of Castelgrande, which stands on a rocky peak looking out over the Ticino valley. Running from the castle, a series of fortified walls protect the ancient town and block the passage through the valley. The second castle (Montebello) forms an integral part of the fortifications, while a third but separate castle (Sasso Corbaro) was built on an isolated rocky promontory south-east of the other fortifications.

Inscription : 1983
Founded in the 12th century on a hill surrounded by the river Aare, Berne has expanded in line with an exceptionally clear urban planning concept. The buildings of the old town, dating from various periods, notably include the 15th century arcades and 16th century fountains. Most of the medieval town was renovated in the eighteenth century but it has kept its original character.

Inscription: 1983
The Convent of Müstair, which stands in a valley in the Grisons, is a good example of Christian monastic reneval during the Carolingian period. It has Switzerland's greatest series of figurative murals, painted c. A.D. 800, along with Romanesque frescoes and stuccoes.

Inscription: 1983
The Convent of St Gall, a perfect example of a large Carolingian monastery, was one of the most important in Europe from the 8th century until its secularisation in 1805. Its library is one of the richest and oldest in the world and contains precious manuscripts, such as the earliest-known architectural plan drawn on parchment. From 1755 to 1768, the conventual area was rebuilt in Baroque style. The cathedral and the library are the main features of this remarkable architectural complex, reflecting 12 centuries of activity.

The Federal Office of Culture is responsible for all these sites.

The Federal Office for the Environment is responsible for the natural sites of the Swiss Alps Jungfrau-Aletsch (2001), Monte San Giorgio (2003), the Swiss Tectonic Area Sardona (2008) and the Ancient and Primeval Beech Forests of the Carpathians and Other Regions of Europe (2021).